The development of leather trade in Bogorodsk village (now it is the town of Bogorodsk, Nizhny Novgorod region, Russia) started in the end of 17th century. There were 46 households then and people were making leather by crude methods. This leather was mainly used for sewing mittens, as well as other things.  Real Industrial Revolution came to Bogorodsk (as well as to the whole Russia) in the end of 19th century when merchants the Aleksandrovs built several tanneries there, erected buildings and administration offices. 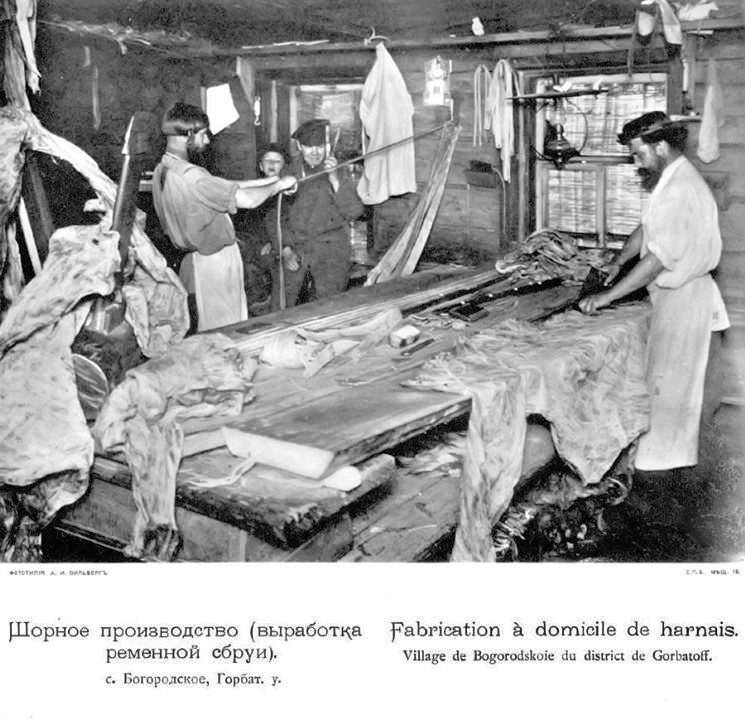 Landlords the Sheremetevs were owners of Bogorodsk village from the beginning of the 17th century to the time when peasant reform began, and they were encouraging leather manufacturing. Nevertheless leather was made by crude methods then. Aleksey Vasilievich Alexandrov was the richest businessman in Bogorodsk, he owned land between Kotelnikova St. and Pravda St., and this gave him a possibility to build production structures in the northern side close to Ryazanka river, while dwelling house and office building were erected on the opposite southern side. 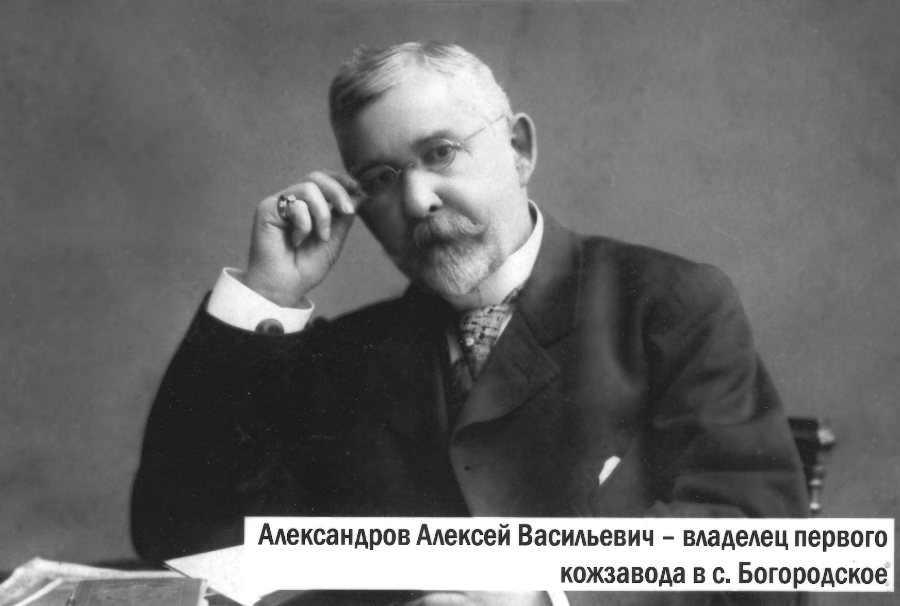 There is a document dated 1957 which is stored in Central Archive of N.Novgorod and which describes internal arrangement and overall appearance of  Alexandrov’s tannery. There were several hundred workers at his tannery in the end of 19th century. After the revolution of 1917 Bogorodsk village turned to be a town, but gross output of leather went down because of low purchasing power of people. 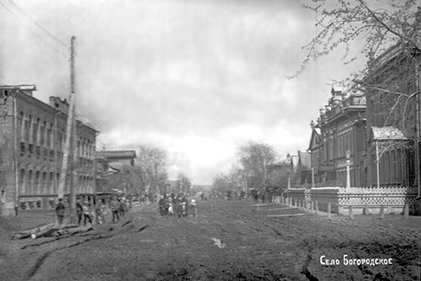 But leather production did not stop. There was a leather trust group arranged in Bogorodsk in 1921 which incorporated 17 small leather-making teams. In 1930s tanneries of Bogorodsk reached production level which had existed before 1917. Alexandrov’s tannery was re-named after Mikhail Kalinin. During World War II the tannery was mainly making Russian leather for military boots, and the tendency was continued after the war also. Only after the year 2000 deep modification took place and the tannery started making wide range of shoe and garment leathers. 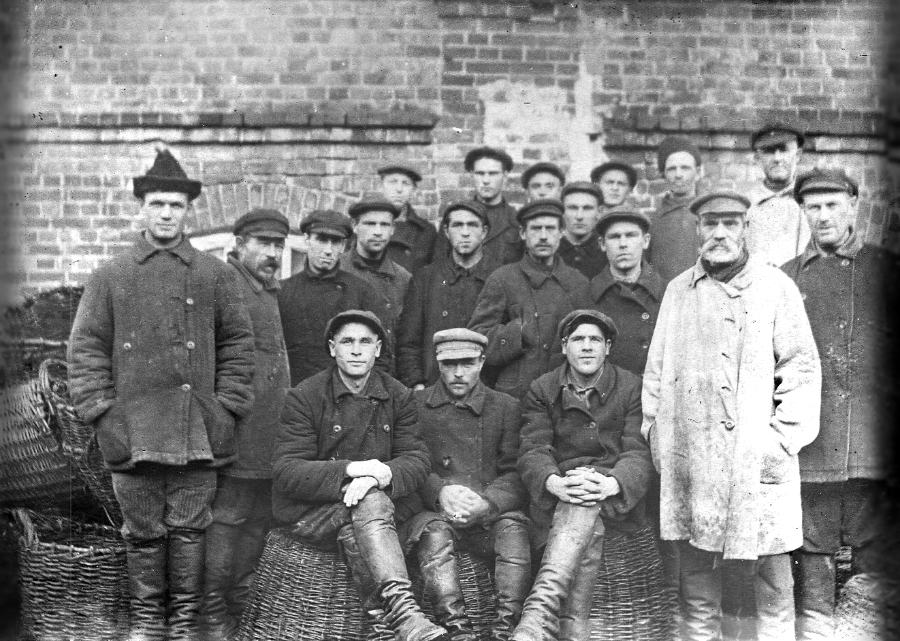 Administration building which currently houses the management, commercial department and accounting department was built by first owner Alexandrov in 1857. 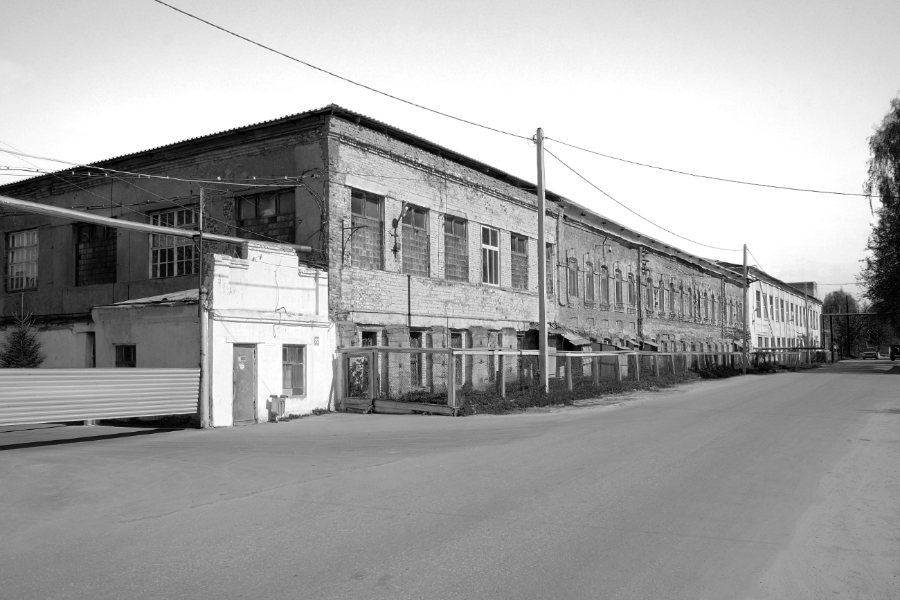 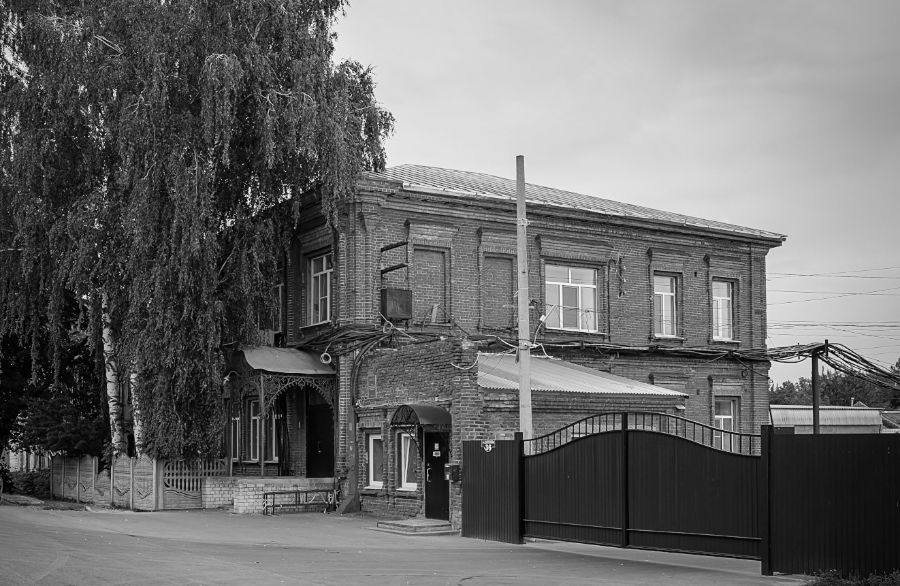